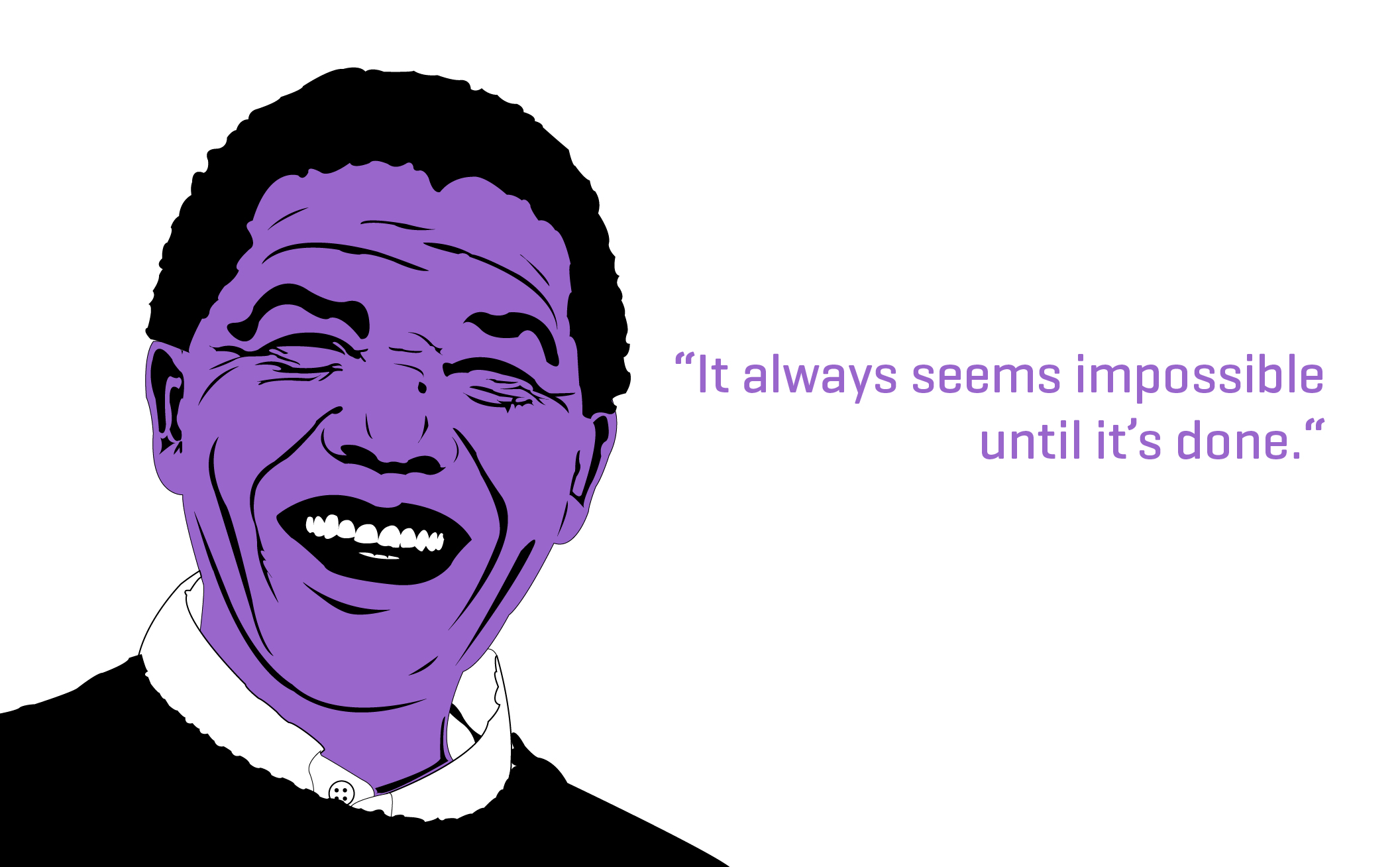 The first time I heard the name Mandela, was in mid-February 1990. I was seven and had joined scores of dusty, energetic and excited kids from my township, who were hurriedly making their way to the main road, to “meet Mandela”. I am pretty sure that we were all clueless as to whom this Mandela was, and why everyone was flocking to witness his glorious return to his home – Soweto. Our ignorance was unsurprisingly – the name and image of Mandela had been effectively banned by the apartheid government, turning him into a sort of a mythological figure in South Africa.

It has struck a personal chord therefore, following the public discourse on social media in recent times, particularly in light of International Nelson Mandela Day on July 18th, to see the rhetoric on Mandela take on a different narrative.

Political freedom came in 1994. However, the 21 year-old South Africa still has a way to go in addressing some of its socio-economic challenges after over 300 years of racial oppression – economic inequality, poverty and unemployment being chief. Young South Africans are demanding “economic freedom in their lifetime”, calling into question Mandela’s deification, his role in leading South Africa’s relatively peaceful and renowned democratic transition, even his example in the universal moral exigencies of forgiveness and reconciliation.

It is not the intention of this entry to comment on the differing attitudes on Mandela’s role in South Africa’s negotiated political transition, his legacy or the state of the country he has left behind, but to reflect on what he means to me, as a young South African diplomat.

I was born and grew up during the state of emergency in South Africa. The country was in flames as ordinary people, including children, intensified their rioting in opposition to a severely oppressive regime. Apartheid was on its knees and its inevitable collapse was eminent. There was however still much struggle, “blood, sweat and tears” in the words of Winston Churchill, that were to be shed during this tumultuous period, before the CODESA negotiations were to yield an interim constitution and democratic government.

I lost family members in the massacres on township residents in the early 90s that were carried out by armed men of the opposition Inkatha Freedom Party, in co-operation with the authorities, not to mention the indescribable fear and dread that overcame us. Violence and danger accompanied our joy and play as children living in this environment. “It was at this critical juncture that Mandela perfectly played the unifying role required by all groups that wished to avoid the horrible consequences of each group promoting its self- interest.”(1)

It is this role which Mandela played, to which my memory will always cast back, when I contemplate what he means to me, to South Africa, and to the world. In a 1993 article in Foreign Affairs (Vol. 72, No.5), Nelson Mandela penned his vision of “new pillars for a new world”, painting a picture of a world wherein human rights are central, conflicts are resolved peacefully, justice is considered and international law is respected by all, and Africa is emancipated – all of which stood in stark contrast to how apartheid South Africa disastrously conducted its international relations.

Conflict, political and economic upheavals, inequality, modern forms of slavery and international crime, inter alia, continue to plague the nations of the world. South Africa under Mandela became an international symbol for reconciliation and peace-building, and has used diplomacy as a tool to help solve other conflicts in other parts of the world.

Although much can be said about the strengths and weaknesses of this idealism, it is hard to dispute that Mandela’s example, in not only choosing the less travelled path towards justice of peace and reconciliation, but also persuading his countrymen and women to abandon their weapons and talk through their problems, is one from which South Africa and the world needs to continue to glean.

People from all corners of the world marked 67 minutes of service to the less privileged on the 18th of July – International Nelson Mandela Day – calling the next generations to take on the burden of leadership in addressing the world’s social injustices.

The Embassy of South Africa in Berlin has been particularly burdened by the plight of the homeless and refugees in Berlin, and has partnered with the Bahnhofsmission in lending a helping hand. It is also spearheading a children’s pen-pal project and writing competition – in a world that is increasingly plagued by intolerance of divergent beliefs and views, the idiom: “the pen is mightier than the sword”, could not be more relevant. Only through mutual understanding can we rid our communities of intolerance and xenophobia. Paired pen-pals from German and South African schools would together develop a short story – a modern version of the classic folk-story on two homeless children – Hansel and Gratel – with Nelson Mandela featuring as one of the characters therein.

We hope to draw attention to the plight of the homeless through these initiatives, and call on others to join us in this effort. In the words of Nelson Mandela: “What counts in life is not the mere fact that we have lived. It is what difference we have made to the lives of others that will determine the significance of the life we lead”.

Tshepi Finca was born in Soweto, a township of Johannesburg, South Africa. She is currently completing her Masters in International Relations at Freie University Berlin and is the Head of Public Diplomacy at the South African Embassy in Berlin, as a First Secretary. E-mail: fincam@dirco.gov.za