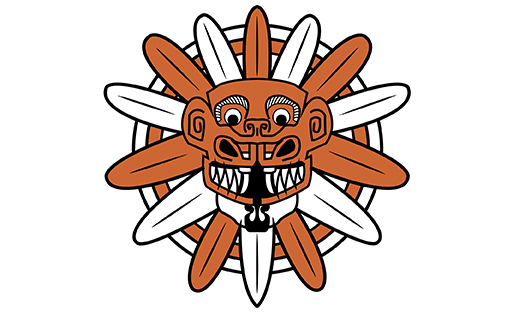 Just a few years ago, design was still regarded as pure luxury in Mexico. We are now witnessing its democratization. In the 20th century, there were only a few design and decorative arts experts who managed to rise above the practical level and achieve something more. These included the modernist architects Mathias Goeritz, Mario Pani, and Luis Barragán. Don S. Shoemaker, an American who settled in Morelia, Michoacán and founded the company Señal, distinguished himself as a furniture designer. In Monterrey in northern Mexico, the company La Malinche has made a name for itself over several decades with their Scandinavian-inspired design.

With the spread of the Internet, distances are no longer an issue and Mexico has seen unprecedented growth in design, from fashion and graphics to automotive design and architecture. Today, design in Mexico encompasses almost everything, including the largest airport on the continent, cars, bicycles, jewelry, videogames, and drones. Only haute couture and a few niche products are still missing. The challenge over the next few years will be to fine-tune. Certain sectors that only copy foreign examples or hide behind undesirable clichés will need to become more professional.

These advances in design are not only limited to the capital. On the contrary: There are new initiatives and projects throughout the country. Monterrey, for example, is experiencing a boom in graphic design. Wealthy clients are commissioning houses designed by star architects like Tadao Ando and César Pelli. It was recently announced that a residential area designed by Zaha Hadid will be built on the outskirts of the city. Curiously, much of the Monterrey creative class has migrated to Mexico City, where they have started art fairs and opened cocktail bars and specialty bookstores.

Tijuana is another important location. Its art and cultural landscape is influenced by its proximity to the United States. A cultural center designed by I. M. Pei was recently built in León, Guanajuato. Design hotels are popping up like mushrooms. Many different creations can be found in areas as diverse as Campeche, Guadalajara and Puebla as well as among indigenous peoples, especially the Huichol. It’s a new era, with famous designers helping take traditional indigenous crafts to a new level. The market is becoming more international, and new channels are opening for unanticipated niches, including the luxury market, which used to seem utterly implausible.

There have been notable advances in academia, with new study programs and career paths, as well as universities dedicated to the different areas of design. Exchange programs with foreign institutions have encouraged experiential learning, but have also led to something that Robert Louis Stevenson described 150 years ago as the indiscriminate appropriation of models that do not always work well in our context. It’s not enough to merely adapt these to local conditions.
Critics and the media have been taking design seriously. There are now a large number of specialized magazines – both print and digital – that cover the gamut of design, albeit with mixed results. As the editor of the newest digital platform for design, art and architecture in the Spanish language, designboom español, I think that our industry still needs to become more professional. It’s hard to put together good teams, and the dearth of good spellers is terrifying, but young people are impressively enthusiastic. Thanks to social networks and the immediacy of communication, Millennials are always on the cutting edge. It’s also now possible to buy brands in Mexico that were once only available on trips to the United States or Europe.

If I had to choose three areas where I would like to see more creative engagement, I would seriously first go with haute couture, although a lot of knowledge, experience and talent is needed to develop this field. I would also like to see more creativity in radio. We’re still slavishly listening to the empty chatter of DJs’ and the same old hits. Lastly, I would say the already mentioned editorial activity. One might ask why I don’t consider television to be more important than radio. Maybe it should be, but we shouldn’t forget that Mexican television and its most beloved product, the telenovela, were preceded by radio and the radionovela. Why can’t we imagine a future where radio frees us from the tedium of TV? Perhaps the change will come from outside pressure, as fewer people watch television and the medium is gradually replaced by mobile devices that stream videos from the Internet.

We need to develop e-commerce specifically for design. The timing is perfect, as we can see with the latest initiatives in Europe, including the new online store for the British magazine Wallpaper*. Later this year, a new photography exhibition will open that highlights how foreign tourists see Mexico. Extraordinary things are happening here, and the scene is alive and vibrant.

Enrique García de la Garza (born in 1979 in Monterrey, Mexico) studied philosophy in Mexico and wrote his doctoral thesis in Berlin on Aristotle. He has written for a number of German publications including the Frankfurter Allgemeine Sonntagszeitung, ZEITmagazin and Weltkunst. Since 2011, he has lived in Mexico where he worked as editor of the magazine Letras Libres. He currently heads designboom español, the Spanish-language edition of design boom, a renowned digital platform for art and design. He also works as a freelance writer and translator for scientific texts, essays and novels published by El Colegio de México, Océano, Herder and others.