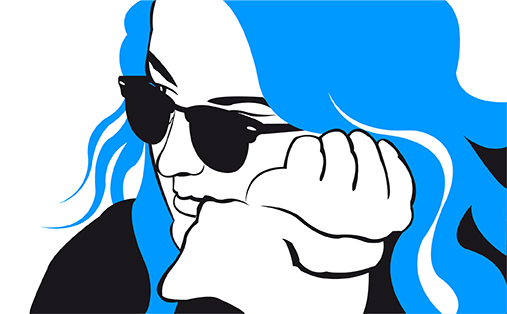 “Home is where it’s good,” wrote Lope de Vega in the early seventeenth century, in El peregrino en su patria. According to the poet, this brief epigram harks back to Apuleius and Cicero. It defines the concept of belonging as being linked, not to a specific geographic place, but to the coordinates that define emotions. Viewed through Lope’s eyes, the distance between someone who is absent and their homeland is not determined in miles, but by all that they leave behind (their language, home, loved ones, tastes and scents), and everything new that they encounter along the way. The experience of being far from home is a recurrent theme in literature. Before and after Lope, many writers have written about this particular circumstance.

The experience of being a foreigner is transformed into many different literary forms: novels, poetry, essays and letters.  Writing is a loyal companion in a foreign land, no matter from which direction the author begins to address this theme. Ovid was banished to Tomos (now Romania) for his love poems. In one of his letters written in exile, he described how writing was his only consolation: “The Muse helped me too […] she alone remained a friend to my flight / she alone was unafraid of ambush, or the blades / of Sintian soldiers, storms, seas, and foreign shores.”[1] The poet wrote to take his mind off his troubles. He also wrote as a way to feel close to his loved ones and to communicate his experiences and longings from a faraway land that, to him, seemed like the end of the world. Ovid never returned from exile. He was never pardoned and died far away from his language and culture. However, his letters bear witness. The loneliness of exile, one of the most radical forms of separation from one’s homeland, is not absolute, as long as the distance can be transcended with words.

The letter’s confidential tone offers a glimpse of a more intimate side of Ovid. He seems more like a man than a poet – not the other way around. And although the exchange of letters is one of the most effective literary responses to the experience of being far from home, it is not the only form of expression. Some of the most important authors in the Spanish-language literary tradition wrote about their experiences in exile. Cervantes spent five years as a prisoner in Algiers, plotting several different escape attempts. It is not known if he wrote during this period, as his productive literary work began after he returned to Spain. However, the memory of his time in captivity took shape in themes and characters in his plays, short stories and, of course, in Don Quixote – in the “prisoners’ stories.” Cervantes created his fiction to include his own experiences. His exciting and impeccably narrated stories are biographical, anecdotal and ingeniously crafted.

Time is relative for those who are away from home. Homesickness during five months in exile – as experienced by the poet Garcilaso de la Vega, who was exiled to an island in the Danube – can be just as painful as five years in prison. From afar, Garcilaso wrote poems that expressed his longing, not for Spain, but for his beloved, his true homeland, as Lope de Vega would say. If distance – whether voluntary or involuntary – is difficult, it’s even more painful when love is involved. It’s love, therefore, that caused Garcilaso the most pain during his exile. His poems touch on the fundamental essence of humanity. Perhaps that’s why they are still regarded with such passion today. The emotionally charged feeling of absence, concentrated in poetic form, does not decrease with time, but is revitalized with each new love letter.

Being far from home is not so very different today than in the times of Ovid, Cervantes and Garcilaso. The literary interpretation of this experience has survived despite the complications of language and the intricacies of time, because it speaks to everyone who has ever felt foreign at some time in their lives. Nostalgia for the homeland is closely linked to historical events that impact societies, as well as to the day-to-day history of the writer. In more recent times, we have the literature that emerged from the world wars. Many of the great contemporary European writers, including Thomas Mann, Stefan Zweig, Primo Levi and Joseph Roth, were forced to abandon everything and start new, fragmented lives in another country (albeit with varying degrees of success).

The Americas have their own history of exile. Perhaps because of temporal and geographical proximity, we are able to perceive movement in two directions: those who have left and those who have arrived. Many Latin Americans chose to leave their countries or even their continents because of dictatorships. Their new circumstances served to underline their literary calling – and not only for those who were writers before going into exile. Words have helped Latin American exiles rebuild an identity and sense of belonging.

For many, like the poet Juan Gelman, ​​literature was not only a companion in foreign lands, but also an outlet to express powerlessness, misfortune and injustice. After a certain amount of time, the exile (or anyone in a foreign land) learns to let their new home into their heart. Homesickness is omnipresent just below the surface, but is to some extent displaced by gratitude and affection for the place that took the person in. This is the case with many Spanish exiles in Latin America.

There is another type of exile: people forced to move for economical reasons rather than political. They leave their country and abandoned towns to cross the U.S. border in search of a better life. I will not go into the hardships and risks of their journeys. In many cases, they are undertaken with so much faith and determination that they can be likened to pilgrimages. I’d like to point out that language is also a kind of haven for Mexican and Central American migrants, as it was for Ovid. It remains to be seen what will happen with these migrants’ reflections, their novels, poetry and essays. The voluntary exile of many Mexicans has become such an everyday occurrence that we lack the necessary distance to assess their literary experiences of being away from home. It must be added that, although writing has not disappeared and is not threatening to do so (look at people’s eagerness to send messages, share on Facebook and consolidate information on Twitter), literature is changing. It is expressed through different media that may be more ephemeral than the written page. In the future, we will not find manuscripts and dust them off. We will conduct exhaustive online searches in order to document, analyze and appreciate the inseparable connection between words and those who are far away.

In this essay I have only concentrated on one of the many life experiences encompassed by literature: being far from home. Language will always be at our side, to help us tell about and create something from what we experience and imagine. We question many things from our critical, contemporary viewpoint. However, if the importance and usefulness of literature is in doubt, I do not think a single argument can be found that disputes its privileged place in our culture and, above all, in our personal histories. Reading and writing comfort us and keep us company, but also encourage us, help us understand the perspectives of others, and compensate for what we cannot experience. Literature makes us more cultured – but that’s the least important aspect. What’s more important is that it feeds into our sensitive, passionate, human side. Perhaps this is exactly what we need in these mind boggling times. We must learn to channel the love of letters into the specific circumstances of a complex and fascinating society, and not only to focus on the literary tradition. Unlike other art forms, literature is created out of the magic of everyday words – and should speak to everyone who reads it. Literature is not here to be kept guarded like a precious object in a museum. Because then it would run the the risk of being reduced to sterile knowledge.

Paola Encarnación Sandoval was born in Mexico City in 1987 and is studying for her doctorate in Hispanic literature at the Colegio de México. Her academic interests lie in the poetry and prose of the Spanish Golden Age, as well as in the relationship between medicine, sickness and literature.