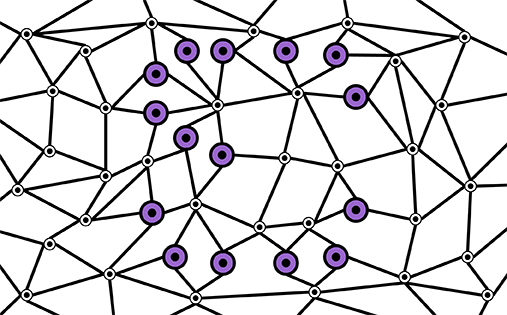 // From corporate philanthropy
to social enterprise //

Corporate philanthropy today is regarded as a company’s charitable activities and an integral part of corporate social responsibility (CSR). Companies contribute financial (and other) resources to projects that correspond to their business activities and values as a means of enhancing their public image in target markets.

The participation of corporations in the social sphere has evolved over time. At first, the relationship between companies and non-governmental organizations (NGOs) was understood almost exclusively as a relationship between donors and recipients. Corporate philanthropy is now starting to have a broader scope. Companies and organizations share knowledge and create partnerships and consultancies. In many cases, companies donate more than money. They also offer civil society organizations their expertise in financial matters, marketing, sustainability and corporate communications.

Civil society organizations bridge the gap between people in need and a company’s target markets. These organizations play an active role in creating and professionalizing the realm of social responsibility within companies. In order to promote inclusion and equality of the different groups involved, they initiate public proposals to finance long-term projects for social change. They also monitor and evaluate fundraising campaigns. Companies financially support organizations that have a direct impact on public policies affecting groups in need. In this way, the organizations help professionalize donors and expand charitable activism by creating platforms for social participation. This presents a special challenge for non-governmental organizations, because most donors are characterized by a relatively conservative profile and are more inclined to support conventionally structured charitable projects.

Projects that promote social participation generally have less impact in terms of advertising and publicity. A relief campaign in which a company distributes blankets to homeless children is easier to organize and has more media impact. On the other hand, addressing the causes and influencing the political decisions that lead to homelessness result in a much greater social impact.

Conventional corporate philanthropy alone is no longer enough to secure a company’s position and social reputation. Professional values and relations between businesses and local communities have drastically changed over the past 25 years. An entire generation has been influenced by new technologies, unrestricted access to information and the evolution of markets. This goes hand in hand with a growing awareness of the social and environmental impact of companies. Generation Y members, or “millennials” who grew up with the concept of corporate social responsibility expect companies to help pave the way to a better future.

This generation has redefined the concept of corporate leadership and demands adherence to ethical principles in the workplace. These principles include human rights, sustainable business practices, fair trade, environmental protection and relationships between employees, customers, suppliers and local communities. A recent survey of nearly 4,300 university graduates conducted by PricewaterhouseCoopers (PwC) indicated that 88% of respondents would prefer to work for a company that shares their personal values; 86% would consider resigning if the corporate social responsibility did not meet their expectations.(1) Although the survey did not show how many of the young people in question would actually resign, it does provide a clear picture of their expectations.

While the business sector plays an important role as a driving force behind national growth and economic development, NGOs have taken on a watchdog role. They monitor the enforcement of rights and government promises, as well as the impact of business activities on the social environment.

Although the relationship between businesses and civil society organizations is still marked by misconceptions and prejudices, synergies have emerged between the two sectors. These are driven by globalization and the concentration of financial resources (although more organizations have been established, the funding resources remain the same). Another factor is the limited financing options for NGOs due to restrictive, unfavorable regulations. The survival of NGOs depends on these synergies.

Obtaining the funds to finance social projects is extremely difficult for several reasons. One of them is the fact that the market for non-profit projects is extremely unpredictable and subject to too many political variables. This has a negative impact on the long-term viability of projects. For example, publicly funded projects are dependent on political agendas. Theoretically, diversifying financial resources would be a logical way to secure more funding. In practice, organizations that have managed to expand their funding have the following in common: 1) They develop an economic model to successfully obtain funds from specific sources, 2) They identify an ideal source of financing that matches their mission and their target audience (beneficiaries), and/or 3) They create an organization based on the preceding model.(3)

Community foundations (CFs) arose from the need to provide social assistance within the framework of a sustainable organization. Examples of similarly structured organizations existed in twelfth-century Europe. The community foundation in its current form began in the early twentieth century with the Cleveland Foundation, established to manage endowment funds earmarked for social work in the city of Cleveland. Community foundations are a global phenomenon. There are some 1,700 CFs worldwide, including more than 700 in the United States.

Generally, NGOs focus on a specific issue (poverty, nutrition, women’s rights, health, etc.). Community foundations, however, are NGOs that focus their efforts on serving a particular region instead of a specific theme. Many of these foundations emerged from the private sector as social organizations created by companies to channel resources, address various regional problems and act as drivers of social change. One of the most important and well-endowed CFs in Latin America is Fundación del Empresariado Chihuahuense (FECHAC). More than 31,000 regional companies donate to this Mexican foundation, which took in approximately $22 million in 2009. The foundation has supported more than 2,868 projects aimed at stimulating development in the state of Chihuahua. Although this organization represents a major step towards sustainability, the legal framework governing NGOs is still very limiting. While NGOs in Mexico receive only 8% of the resources they need for administration, those in industrialized countries receive up to 40%. The public and private funds are usually tied to specific projects, which makes it more difficult to manage the organization and promote growth.

Several factors have contributed to the emergence of a new institutional model known as the fourth sector. These include fiscal constraints on organizations, the difficulty in securing sufficient funding to carry out planned projects and ensure economic sustainability, and the pressure exerted on companies to maintain accountability for their social and environmental impact. The fourth sector refers to companies that are founded for social purposes. This new type of enterprise allows for more flexibility and promotes a solidarity-based economy. Following this paradigm shift, organizations and companies move in both directions to find easier ways to react to the needs of their markets and meet societal demands. This is especially true in countries with very restrictive regulatory frameworks for NGOs.

Like many other countries, the regulatory framework for NGOs in Mexico is not conducive to organizational growth. These conditions provide an ideal breeding ground for social enterprises, many of which began as NGOs. Becoming established as a company enables them to break through the barriers of being dependent on donations and helps them gain economic efficiency. This is the approach taken by Compartamos, a microfinance NGO whose mission is to provide loans to people who have the productive potential, but lack the funds required to start a business. The new legal status opened new horizons for Compartamos. As an NGO, Compartamos served 64,000 clients from 1990 to 2000. As a company, it served 10 million clients between 2000 and 2010. Other NGOs that have benefited from this approach include Échale a tu casa, a Mexican non-profit organization that helps people in Mexico and other countries build their own housing. The construction projects are supported by communities and through a system of collective savings programs. Some 50 homes were built each year from 1987 to 1997. After becoming established as a company, Échale a tu casa generated $4.3 million in revenues.(4) According to a report in Forbes magazine, the non-profit B Lab organization in Pennsylvania called it “the best company for the world.”

The Mexican magazine Expansión published a conversation between Francesco Piazzesi, the founder of Échale a tu casa, and Lorenzo Servitje, founder of the Mexican-based Grupo Bimbo, one of the world’s largest producers of baked goods. The discussion made Piazzesi realize that his organization needed to operate as a business in order to meet market demands. Servitje asked Piazzesi: “How can an NGO that builds 50 houses a year meet the demand for five million new homes? You need a bigger solution. We make six million Gansitos (popular Mexican snack cakes) a year. How can you build six million homes?”

Christian Meade, founding partner of the investment group Angel Ventures México, served as a business incubator and advisor to Échale a tu casa. He explains: “The companies that promote social change have the advantages of both the philanthropic world and the business world. They must be very socially responsible and never forget their mission.”

Hybrid solutions, like community foundations and social enterprises, have a wealth of opportunities to efficiently and sustainably serve the needs of their markets. But how can the state work together with private and public sectors to build institutions that can effectively meet social demands? The responsibilities of social enterprises have evolved, which also poses challenges and creates opportunities in cross-sector collaboration. It’s very clear that, in order to ensure future sustainability, companies need to assume more social responsibility and NGOs should be more economically sustainable. It’s no longer sufficient to ostensibly promote social interests or invest money in aid programs. Companies and NGOs are being closely scrutinized when it comes to sustainable values and resources, environmental activities and respect for human rights.

Today and in future generations, social responsibility needs to be integrated across all business activities. Consumers are demanding genuine changes from companies along with responsible product manufacturing. There are many examples of people, organizations and companies that have done everything they can to support social change. Those who pursue a sustainable future will reap the benefits.

Julia Romero Villa was born in Mexico City in 1985. She is a communications consultant who specializes in communication strategies and public relations in the field of social development and in creating synergies between public, private and educational institutions and civil society. She holds a master’s degree in intercultural education from the Freie Universität in Berlin and a B.A. in communications from the Universidad Anáhuac del Sur, Mexico City.