Illustration
// A view of the world //
Manuel Cabrera, Mexico 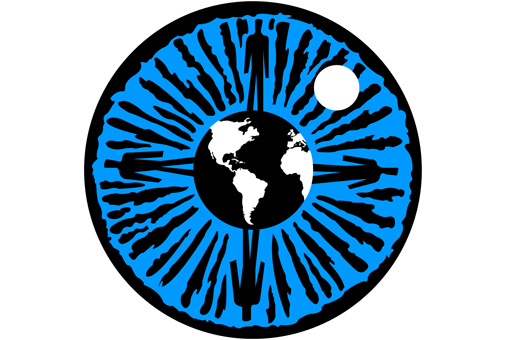 Characterized by one of the world’s highest levels of biodiversity and social diversity, Mexico is home to 62 ethnic groups of indigenous peoples. There are very close ties between these cultures and the land itself. The high level of biodiversity results from the hundreds of different ways that groups of people work the land and cultivate crops. Mexico’s diversity is rooted in interconnected, mutually influential relationships with the land.

This article sheds light on how this cultural and linguistic diversity can exist, develop and survive in the twenty-first century and clarifies the role of digital technologies in its survival.

Mexico’s indigenous peoples are descendants of the original inhabitants of the Americas. Claiming historical continuity with the populations that existed prior to the arrival of the Spanish, these people identify themselves as indigenous and live in close harmony with nature. Recognized as communities, they generally speak one or more native languages and almost always suffer from social marginalization.

One key characteristic of indigenous cultures is their close contact to Mother Earth. This influences their ways of seeing and understanding the world – their world views. These are a combination of religious principles, integrated into spiritual, cosmogonic, scientific or magical worlds.

There are as many world views as there are indigenous peoples. But, there is still no theory that explains their logic. World views typically share certain ideas and principles, but vary from culture to culture. In the sixteenth century, Fray Bernardino de Sahagún wrote: “Such devotion, such magical power is amazing and incredible (…) the beauty of each ritual has a dizzying power.”

Indigenous peoples are characterized by their ancestral knowledge. Verbally conveyed from one generation to the next, this information constantly changes and adapts to the demands of modern times. Indigenous knowledge is extremely valuable and enormously relevant in today’s world. It encompasses wisdom about healing contemporary diseases along with remedies for restoring a damaged environment. The value of this knowledge is recognized around the world – which is why indigenous peoples warily guard the process of its appropriation and dissemination.

The use of indigenous languages helps preserve and strengthen traditional knowledge so that it can be shared with younger generations. Digital technologies play a role in this respect.

In order to understand how media works in indigenous communities, we need to look at how people generate, systemize and distribute information or knowledge. This process is very different from the Western world. On the Internet, indigenous communities express information and communicate according to their own logic. This system is related to their world views and holistic knowledge. Each part is closely interlinked. Information and communication can therefore be understood as being both unique, and part of everything, encompassing land, farming, education, art, production, rituals, gods, knowledge, community and commonality.(1) If we take the interconnected world views of indigenous peoples as a starting point, we can better understand how they deal with media.

Verbal culture is another key element. This is shaped by two key media: community radio and video. Native communication specialists use these media to capture the content generated by indigenous peoples. Only limited access is granted to journalists or anthropologists. Traditional knowledge is regarded as sacred and is not to be used for commercial gain. Some content generated by the community is never even heard or seen outside the community.

Radio is a medium that breathes life into communities while connecting and strengthening indigenous languages and speech. In Mexico there are two types of radio stations. Some are established and/or managed by the government. Others are community radio stations with pending operating licenses owned by the indigenous people. These stations operate differently than the ones in official networks. The programming is created and produced by the communities themselves with their own resources and substantial freedom of expression.

In the 21st century, the Internet has become one of the most surprising chapters in the history of indigenous peoples. Some wonder how indigenous people decided to use the web. When? Why? With what resources? It would be false to assume that, because indigenous people are marginalized and live in poverty, they do not have access to digital media. It’s also important to remember that indigenous people are migrants. The second largest population of Oaxacans outside of Oaxaca is in Los Angeles. Although these immigrants have become cosmopolitan, they never lose touch with their places of origin. The Internet helps them establish communication on both sides of the border. At the same time, it allows them to forge bonds of identity with North, Central and South American indigenous groups, from the Inuit of Alaska, to the Mapuche and Guarani of Chile and Argentina.

The Internet supplements radio and plays an important role as a means of preserving and disseminating the true thoughts of indigenous peoples – as opposed to the versions created by national media. In this sense, new media are flexible and responsive to the needs of the communities. The various transmission paths, from microwave and satellite to Wi-Fi, are determined by cultural and linguistic borders (different from official territorial divisions). Usually, a combination of methods is used to transmit a signal from one point to another in the shortest possible time. To get a message from a town to a big city, a letter might first be transported to a radio station by horse or mule, where it is converted into digital form, uploaded to the Internet, and finally heard in the United States via satellite. Routes and strategies used to connect communities are unique, in each situation and for every message. The most commonly used digital technologies include YouTube, Skype, websites and social networks – primarily Facebook and Twitter.

One of the most important aspects of the Internet is that it gives people a chance to create their own identities and priorities by developing their own websites. Unlike radio and community video, online content can be easily presented in Spanish and English for cross-border dissemination of visions, identities, cultures and products. In this sense, it is important to ensure that the verbal communication found on websites is used to create content for radio broadcasts and podcasts. At the same time, there are still passages and ideas written in native languages.

For indigenous peoples, writing their own languages – in many cases for the first time – is one of the key benefits of digital technologies. This leads to the creation of archives and records, and contributes to the strength and survival of the languages.

In addition to shaping identities, indigenous websites have evolved to become platforms for promoting the manufacture and sale of products from different regions, including clothing, coffee, honey, and arts & crafts. This not only helps indigenous organizations increase their independence and international reach. It also gives them opportunities to sell their products without middlemen. Communities and indigenous organizations use social networks with the goal of extending their trade networks locally, nationally and internationally.

Recent developments clearly indicate that the use of digital technologies by the indigenous peoples of Mexico and Latin America is a promising development. It helps them create and strengthen their identities and perspectives. At the same time it gives them the chance to spread their languages through dictionaries and songs or videos on YouTube. Digital technologies also enable them to develop community websites and protect their cultural experiences and traditional knowledge in digital archives. Indigenous peoples in Mexico and in the Americas are using digital media to create bonds of unity. The results are worthy of note after more than 500 years of isolation and a lack of communication between the different native populations.

(1) Commonality refers to the feeling that comes from belonging to a particular indigenous community; it is the community’s defining inherent quality.
(2) ”The Pirekua” is a Purhépecha song on the UNESCO World Heritage Representative List of the Intangible Cultural Heritage of Humanity.

Doctor of Political and Social Sciences at Universidad Nacional Autónoma de México (UNAM, National Autonomous University of Mexico), with a focus on communication and technological innovations. Independent specialist in the analysis, evaluation, application and appropriation of information and communication technologies within the scope of education, society and culture. Dr. Gómez Mont is a member of the research committee GRESEC (Groupe de Recherche sur les Enjeux de la Communication) in Grenoble, France. She writes a column focusing on technology and society for the Revista Mexicana de Comunicación (Mexican Journal of Communication) and contributes a monthly commentary on technological innovations presented on Radio Education. Dr. Gómez Mont has taught seminars on the processes of appropriation of information and communication technologies at universities in Latin America and the European Union, and has published extensively in national and international journals.