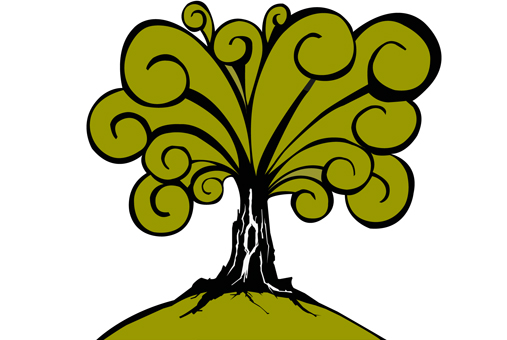 Everyone knows the story of Scheherazade, the heroine and storyteller of the tales collected in “One Thousand and One Nights.” When Sultan Schahrayar discovers that his wife has betrayed him with a slave, he decides to take a new wife every night and to have her executed the next day, to prevent any further adultery. Against the wishes of her father, the vizier, Scheherazade volunteers to be the sultan’s new spouse. She stays her execution by beginning a new story each night, leaving it unfinished at dawn. The Sultan spares her life every morning so that he can hear the end of the unfinished story. This scenario continues for a thousand and one nights.

This work is actually a collection of legends, which later came to include tales from other regions under the Arabian sphere of influence. According to Jorge Luis Borges, “In the fifteenth century, a series of fables were collected in Alexandria, the city of Alexander the Great. These fables have an unusual history, as you may well imagine. They were first told in India, then in Persia, then in Asia Minor, and were finally written and compiled in Arabic in Cairo. This is the book of the ‘One Thousand and One Nights.’”

The work covers the so-called golden age of Islam, when Arab culture came to dominate Persia, the Arabian Peninsula and large parts of Asia and North Africa. Between 800 and 1300 AD, Arabs became the heirs to Egyptian, Babylonian, Greek and Roman science and technology. In Baghdad, which became the center of the Arab Empire in the ninth century, translations of Hebrew, Greek and Latin books were written and many different scientific works were compiled. The “House of Wisdom” in Baghdad was what today would be known as a “think-tank” of the caliphate. Originally a library, the Bait al-Hikma gradually became a place where the scholars of the day would gather and work.

This is the context of “One Thousand and One Nights,” the time when Arabia became a dynamic center of science and knowledge. Harun al-Rashid, a caliph from the dynasty who succeeded in moving the capital of the empire to Baghdad from Andalusia, is the protagonist of more than one story. Although there is no reference to the House of Wisdom in “One Thousand and One Nights,” there is mention of the caliph’s libraries. On more than one occasion, a book serves as the starting point for one of Scheherazade’s stories.

This leads us to the story of a man who lived during this golden age and worked in the House of Wisdom. An Arab mathematician of legendary fame, the Euclid and Diophantus of Arabic mathematics, who would have deserved to figure in many stories told by Scheherazade. Muhammad Abu Abdullah ibn Musa al-Khwarizmi, better known simply as Al-Khwarizmi, was born somewhere in the Arab Empire, perhaps in the area between Iran and Uzbekistan. Al-Khwarismi was a universal scientist, as well versed in astronomy, mathematics and geography as he was in cartography. Two of his many contributions to science profoundly altered European history: the popularization of the decimal number system introduced by the Hindus (the same that we use today), and the didactic, extensive dissemination of the principles of what we call algebra. It is in his honor that we speak of “algorithms” when referring to a mechanical solution of a numerical problem.

The word “algebra” is of Arabic origin and is a fragment of the title of Al-Khwarismi’s most famous book: “Kitab al-mukhtasar fi hisab al-jabr wa’l-muqabala,” or “The Compendious Book on Calculation by Completion and Balancing.” Al-Jabr is an Arabic word that is often translated as a method of “restoration.” The first translation of the book into Latin in 1145 was entitled “Liber algebrae et almucabala” and so the word “algebra” entered the vocabulary of languages in Europe and around the entire world.

In his book, Al-Khwarismi solves many examples of what we would call a linear equation, such as “find the number that by subtracting three units makes two.” Many of the examples have to do with the distribution of inheritances or property division, and were aimed at the judges who mediated these disputes. This makes the book a compendium – somewhat of a user’s manual. These kinds of problems can be approached as if they were a balance scale, with the two sides of an equation representing the pans on the right and left. Weights can be added or moved from either side to establish an overall balance. This is how the subject is introduced in secondary schools today. By imagining the two sides of a scale, students become familiar with these kinds of numerical calculations.

However, the translation of the mentioned book title is not entirely correct. Some 80 years ago, Salomón Gandz and Otto Neugebauer showed that the term “al-jabr” has a more complicated history, one worthy of the “One Thousand and One Nights.” The Babylonians and Egyptians had developed the basic methods for solving equations with one unknown variable centuries before. An equation always consists of two opposing sides that are connected with the equals sign. Gandz and Neugebauer were able to track Al-Khwarismi’s sources to the Babylonians, Assyrians and Sumerians. In Assyrian, “gabru-maharu” means to oppose or be equal. Arabs adopted the sound of this word for “al-jabr”; the related Arabic word “al-muqabala” also means to balance or correspond. Gandz concluded that the title of Al-Khwarismi’s book “Kitab al-mukhtasar fi hisab al-jabr wa’l-muqabala” could be translated as “The Science of Equations,” with the Assyrian term “al-jabr” and the Arabic term “al-muqabala” denoting the same thing, an equation.

It is interesting to note that, several centuries before, the Greek mathematician Diophantus of Alexandria had gone much further than Al-Khwarismi. Diophantus researched arithmetic and wanted to be as accomplished as Euclid. He also aimed to write a series of 13 books. His works include solutions for problems with up to four variables and to the sixth power. But Diophantus’ work did not have a practical nucleus like the one that permeated Al-Khwarismi’s book. For that reason, the translations of the Persian-Arab mathematician’s work had a more immediate and practical impact than the Greek’s theoretical disquisitions. Instead of achieving the same profound level of knowledge as Diophantus, Al-Khwarismi only compiled what Babylonians and Egyptian mathematicians already knew. However, he did it in an accessible and didactic way, and produced a reference work. This is how the dissemination of algebra began in Europe.

Edgar Allan Poe dared to write the 1,002nd story of the “Arabian Nights,” a little satire. Jorge Luis Borges, who was as interested in the “Arabian Nights” as he was in mathematics, could have added a hallucinatory tale. It could have been like his story “The Library of Babel” but about Al-Khwarismi, the House of Wisdom and the books that changed the world.

Raúl Rojas is Professor of Artificial Intelligence at the Free University of Berlin. He achieved world champion status with his “FU-Fighters” robotic football players in 2004 and 2005. Rojas designed the autonomous car “MadeInGermany” that has been automatically driving the streets of Berlin since 2011. He is a corresponding member of the Mexican Academy of Sciences.