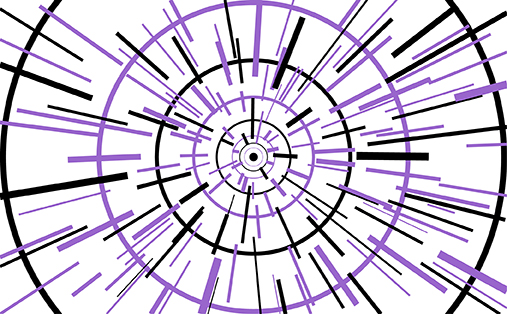 Without having typed a letter on behalf of Motor Trend, I had unknowingly impacted society. Granted, it was on an incremental level, but still, it counted. The mastheads of enthusiast-aimed automotive publications rarely displayed Spanish surnames when I started drudging news and reviewing freshly minted vehicles on March 10, 2008. I like to think my hiring at the largest monthly automotive print publication in the world (and one of the top automotive websites) was a positive step for Mexican-Americans, and in reality, for all minorities. I had my grandparents and parents and their myriad of social and economic struggles to thank for it. Even if just by a hair, it was a step forward. And even if it was through my opining about shiny inanimate objects and the brains behind them, I would strive to make them proud. As cliché and as lovey-dovey as it may sound, I wanted to make a difference by excelling in my chosen profession.

Along the way, I thought, maybe I would inspire. My cousins and nieces and nephews were still young and hopefully would see what could be done with words and with passion, with education and with drive. They would see that loving what you do is possible; that making piles of cash is fine but not necessary; that having fun, being happy, and working hard aren’t mutually exclusive. Maybe they would realize that if Nate could do it, they could too. Maybe they would even fall madly in love with all things automotive.

Then I began to write.

I had essentially signed with the Los Angeles Lakers of the automotive media world right out of college. To my newbie eyes, things moved at an unparalleled pace. News stories and social media blurbs were always being written, photo shoots unrelentingly being arranged, features getting brainstormed months in advance.

Beyond my everyday tasks, I began to grasp the bigger picture. Stratifications came into view: my place within the storied Motor Trend brand, Motor Trend’s – and also automotive journalism’s – within the car industry, the car industry’s within society. The symbiotic relationships between this significant triumvirate continues to intrigue me to this day.

When I signed on the dotted line, I had not only become a contributor, but an influencer. My voice became that of Motor Trend’s, and vice versa. I represented a 60-year-old icon with an audience of millions. The obligation to broaden my knowledge base, to investigate all leads, to uncover anything and everything automotive, all in the name of informing our readers, became vital. I needed to drive every test car that parked in our garage. And I needed to up my writing game.

Reporting concrete facts is but one thread of the tapestry of deliverables that we, the handful of Motor Trend editors, weave every workday. Within these facts we entwine entertainment. We tell tales. We include perspective. We include hard numbers. Our real world road drives, instrumented tests, and multi-vehicle comparisons afford us the opportunity to include such differentiating, and essential, elements. Only a small group of outlets in the world have the manpower and logistical prowess to carry out these same types of tests. Of course, we’ll always say we do them best. All of this equates to well-rounded, real-world, evidence-backed, sometimes very technical, but still enthralling, written reviews.

Readers of our work are predominantly of the enthusiast sort. To them, cars are not appliances. They are statement makers. They are freedom givers. They are tangible extensions of personality and character. They are engineering masterpieces possessing stupendous computing intelligence. Cars are originators of lust, love, and lunacy. They represent a goal achieved or one yet to be attained.

To a growing portion of our readership, cars symbolize an integral part of existing and undiscovered industries, and of burgeoning markets; of GDPs and employment rates. Countless suppliers and their millions of workers rely on the prosperity of cars for, well, their prosperity. The readership subdivides further into people who view cars simply as means to a destination. In reality, they hold the world’s majority perspective, for they are the ones who purchase mass-produced, profit-making automobiles. The fact is, automobiles affect hundreds of millions of people in some way, shape, or form. They are an undeniable element of our modernized human culture.

In the coming years, cars will permeate and shape peoples’ lives more still. The automotive landscape is in flux. The age of gas-gulping, high-horsepower V8s and V12s is over. The era of fuel-saving powertrains and lightweight design is here. The evidence couldn’t be clearer: turbocharged four-cylinders motivate large trucks and sedans; the world’s most advanced supercars are hybrids; the all-electric Tesla Model S has invaded the garages of CEOs the world over. “Going green” isn’t a fad, nor is the integration of extremely high-tech amenities into passenger compartments.

Carmakers continue to ramp up their investments of billions of dollars each year into the development of alternative power supplies, composite materials, and eco-friendly production facilities. Cars and cities will soon become one via “smart” urban grids. These connected cars will communicate amongst each other to minimize congestion, collisions, and pollution. Quite possibly, if global legislations allow, self-driving cars will join the fun soon enough. People will watch movies, surf the web, work overtime, or catch up on sleep from behind the wheel. Automakers have the technology at the ready.

To these numerous fluid, controversial, fascinating conversations, we journalists bring clarity. We bring insight derived from experience, involvement, and firsthand contact. We evoke feelings of joy, disappointment, disgust, admiration, awe. Sometimes we motivate. At times we anger. Above all, we inform. Be they enthusiasts or casual skimmers, by the time a reader hits our back cover or final webpage, they will have acquired a fresh knowledge on the subject. Maybe a new opinion was conceived.

The relationship between author and reader isn’t one way. We also listen. It is necessary in this new world of media that is reliant on page views, not page flips, for sustainability. The saturation of social channels has connected everyone involved, for better and for worse. Sure, we get negative email and tweets. But we have also modified our testing procedures, taken into account readers’ legitimate concerns, and introduced new features because of these constant Web-based interactions. Without reader input and the resulting modifications to our coverage, we would find our brand complacent, boring, predictable. Some publications have traced that exact path, which, unfortunately, has led to their downsizing or demise.

Automakers read our work just as passionately as consumers. Engineering teams have implemented adjustments to models based on our assessments. In my short tenure I’ve witnessed some remarkable examples. Once, a carmaker’s performance division developed a new model iteration in response to a story we published. Another brand halted its production because of a major defect we discovered. We push vehicles in a multitude of ways, in diverse environments, with varying styles. At times, we do things squads of engineers didn’t anticipate. They value our multifarious, strenuous approaches to testing. We play a small role in keeping products innovative.

So too do we play a role in keeping cars relevant in mass media. Motor Trend’s annual “Of the Year” awards – Car, Truck, and Sport Utility – attract the attention of major news outlets, and in turn, that of millions of people unfamiliar with the intricacies of a certain vehicle or brand, or of the industry itself. Our Best Driver’s Car competition, a unique comparison test involving the model year’s most athletic cars, has become one of our most popular features. It too gains global recognition by media, automakers, and laypeople. Competitive outlets emulate many such awards.

Automobiles won’t be vanishing anytime soon. Rather, they will persevere into the 21st century, evolving into a greater, more significant, more impactful portion of our technologically-enriched, eco-friendly global culture. And throughout this grand advancement, individuals like me and my colleagues will be present, providing information and insight by the carloads. Maybe even a little inspiration, too.

Nate Martinez, born 1984, is an automotive journalist from San Diego, California. Since he was a toddler, he’s had a fascination and admiration for all sorts of wheeled machinery – cars, trucks, tractors, tanks, motorcycles, you name it. In addition to writing and driving, he enjoys reading, fitness, travel, photography, and a quality tequila. He currently resides in Los Angeles.