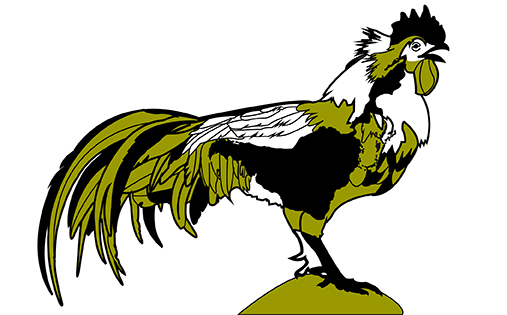 // Another perspective on the “Latin-American boom” in Europe //

Dedicated to all those who have directly or indirectly taught me something and shared their knowledge. In other words: dedicated to humanity.

Today’s culture of homogenization is characterized by a tendency to standardize concepts, create behavioral patterns, and impose ideologies. At the same time, there is less respect for the differences and development processes of individuals, families, social groups and nations. The flood of information our senses are confronted with each day is changing our perceptions. By striving to fit in, we ignore what’s most important: being happy and maximizing our potential.

My search for new perspectives goes far beyond my travels. I supplement my own experiences by participating in cultural events and communicating with artists characterized by their different positions, modes of expression and disciplines. In February, I attended the Berlin International Film Festival and the ARCO Contemporary Art Fair in Madrid.

The Berlinale, one of Europe’s most renowned film festivals, spans ten days in the multicultural city of Berlin. Festival director Dieter Kosslick said that the 65th Berlinale would be “very Latin-American.” Along with NATIVe, a special series focusing on indigenous cinema, more than 45 films from Latin America invited international audiences on a journey through the region, highlighting its beautiful landscapes, its problems, smiles, vitality, and the tenacity of its people. The festival was a showcase for the skills and talent of contemporary filmmaking in Latin America.

The ARCO Contemporary Art Fair in Madrid featured Colombia as the guest country. Ten national galleries and 20 artists were selected to represent Colombia at the art fair, which is clearly a commercial event. Several different institutions and private companies contributed $800,000 in financial assistance to bring 60 Colombian artists to Madrid. Their work was presented in exhibitions at La Casa Encendida, Museo Reina Sofía and the Museo Nacional de Artes Decorativas.

An ongoing dialogue with artists representing different aesthetic positions and characterized by a steady flow of new international perspectives is definitely a positive aspect – along with the fact that different artistic expressions from Latin America are gaining more visibility in Europe. For quite some time, the European media has been talking about a “Latin American Boom,” as if we had finally achieved what we always wanted. As if the ultimate goal was to prove ourselves, to validate our talent and work, because we were far too shortsighted to recognize this ourselves.

In many cases, we fail to realize that adopting the logic of modernity calls for cultural homogenization on a global scale. Many films categorized as “festival films” are tailored to the expectations and demands of international audiences. Hans Belting speaks of the urge to join the so-called “developed” countries, which has also led to the spread of Western art in other parts of the world and the promise of “success” (1) through modernization.

In this respect, it is very important to not lose sight of local issues in an attempt to become more international and attract the interest of a wider audience. Although there has been more focus on regional issues, non-local platforms and audiences are usually sought out. I hope I’m not the only one who would like to see more local films distributed in Latin America. I would also like to see more interest in regional mobility, instead of viewing Europe as the only possible paradigm and legitimizer of our actions. It still seems incredible that I have had opportunities to see more Latin American films in Europe than in Bogotá. Nothing justifies abandoning the process of self-exploration for the appropriation and repetition of concepts that are often so alien to us.

This does not mean that I am calling for isolationism. Of course we grow when we experience other perspectives, but only if we continuously observe and nurture that which identifies us. National identity is created and formed by the passage of time and the exchanges between societies. Instead of being transformed all at once, it changes gradually with repeated exposure to certain cultural practices.(2) Contact with cultural codes of other regions forces us to change our own codes. (…) As Octavio Getino once said, “It’s like every time you look in the mirror, you see someone else in the background. Gradually you begin to want to identify with that person.” The same thing happens with film. When we repeatedly see the codes of another culture on screen, we absorb them – and then Coca-Cola replaces mate or atole.(3)

In both film and the visual arts, encounters on a global level lead to paradigms and models that go beyond discourse of what is “good and bad.” They are inclusive or exclusive under market conditions and in terms of economic viability. If it sells, it works.

At festivals, biennials and fairs, it is becoming increasingly more important to focus on which film has the biggest production budget, or which work of art has the highest selling price. Less importance is placed on the work itself, its merit, creativity, work, innovation or the political dimensions of artistic expression. How can we interpret the work and understand the artist’s perspective if everything is measured in monetary terms? Are the rules of the market more important than the works themselves? Why do we allow the importance of artistry to be displaced by aesthetic and ideological neo-colonization?

“The problem is not to make political films, but to make films politically.” (4)

One solution may lie in the way that the public approaches the arts, and vice versa. On the one hand, artists can try to address their audiences instead of the market. On the other, the public should look beyond what the media has to offer, start asking their own questions and making their own demands when it comes to art. Major art events should include space for discussion and feedback from the viewers, whether they are experts or laymen. At the same time, it is important to keep in mind that the most popular works are not necessarily the best.

We cannot ignore the rules that are in place around the world in terms of capital, aesthetics and fashion. It is important to realize that a true sense of modernity entails more than a globalized market. In the words of José Martín Barbero, “The configuration of societies in which the dynamics of the economy and culture-world mobilize not only the heterogeneity of the groups and their adaptation to global pressures, but also the coexistence of different codes and diverse narratives within the society.”(5)

There is no reason to be discouraged. The process is already bearing fruit. The observation and analysis of these issues have contributed to strengthening resistance and reclaiming identity in the face of a constant barrage of information from media and markets in our hypermodern times. This is the inner antagonism of global art.(6)

As a passionate traveler, I enjoy meeting people with different viewpoints, ideas and perspectives. Every person who crosses our path represents a completely different world. Why would we all want to be the same? We must acknowledge other artistic expressions that are not necessarily recognized by the most renowned festivals, museums, fairs and biennials.

We have to be aware that these encounters give us new perspectives and new ways of seeing the world. At the same time, we must not believe that one perspective is the only right one. I am glad that our artists’ work is shown in Europe, but we also want them to be shown in our own country. I have never seen as much Latin American cinema in Bogotá as I have had the opportunity to see here. It’s great that Latin American films were selected for Cannes, but we also have to take steps to make sure they are seen at festivals in Santa Cruz, Morelia and Cuenca. Each and every one of us is responsible for ensuring that there is not just one dominant perspective. It is clear that this only leads to a crisis of narrative and loss of identity.

“There has to be some feeling, because without emotion there is no art.” (7)

One example of how to achieve a balance between the external and the internal can be seen in the Colombian artist Antonio Caro’s experience in Espacio Trapézio, a private gallery located in the Mercado de San Antón in Madrid. The art fair organizers asked the gallery to feature an artist from Colombia. The gallery accepted on the condition that they would also show the work of a local artist. This a good example of autonomy and the growing need for private institutions to play a role in educating the public.

Art, like travel, can open the doors to new worlds and new perspectives. There are some places we like more than others, but each place is a new learning experience. These are adventures in which we learn: like reading books, watching movies, going to the theater, seeing graffiti, taking pictures, going to a concert or an exhibition.

We’ve already opened the doors. But what do we want to show? This question addresses the task of reconstructing and recovering our identities and the challenge of continuing to act on a global level. A world view must also nurture an inherent strength and resist certain predominant economic schemes. It’s time to put aside competition for recognition, and make way for something that has been missing for a long time: cooperation.

Valery Rojas is a Colombian political scientist living in Germany. She is the founder and director of the Kunstrial association based in Berlin, as well as a news correspondent who writes about tourism, politics and arts for different media in Mexico, Colombia and Spain. Rojas has filmmaking in her veins and uses photography as her tool. She is impatient and curious by nature, utopian by lineage and rational by experience. www.kunstrial.org