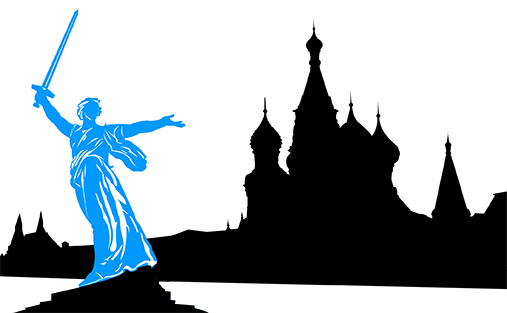 // Russia and its place in the modern world order //

It has become common today to talk about the transformation of the modern system of international relations. This transformation is based on several milestones, such as intensification of global communication networking, synchronization of cultural values and development of the “global village” syndrome, increase of the power of the brand in the postmodern society of welfare and consumption, and so on. We are facing a very contradictive world that is striving for unity in diversity, democracy and global welfare on one hand, but is also dominated by the notion of power – either hard or soft. This is what defines the role of the actor in the system of international relations.

What is a system of international relations? In general, it is a complex unit that includes at least three basic elements: actors, connections between the actors, and the external environment in which these actors come in contact with each other. Today, the system of international relations means that there are some actors or players (sovereign states, international organizations, non-governmental organizations, transnational business corporations and sometimes even individuals) who are connected to each other through different types of relationships – economic, political, cultural, military – and exist in a specific era.

All these actors, within the network of their connections placed in a certain existential medium, build up the system of international relations or the global world order. This system has distinct features that, in some cases, are well-structured and defined. In other cases, they are vague and transitional. The system is not fixed and static. It is a vivid organism that develops and gains new shape, while reflecting the paradigm of the status quo in international relations.
Diachronically the constellation of the world order changed several times throughout the history: it was multilateral, bilateral, unilateral … The last big shift happened after the collapse of the USSR, which marked the end of the Cold War and the bilateral system of international relations with two super powers defining the world order.

After the collapse of one pole, namely the USSR, the system became unilateral with the USA being the only superpower. Russia became an idol with feet of clay and a difficult past, a more difficult present, and an absolutely unclear future. Total disorientation of the society, which for many decades lived the dream of creating a communist utopia, uncertain actions of the political elites ranging from servility to weak attempts at protecting national interests, a constant state of emergency with full permissiveness on the one hand and a witch hunt on the other – all these factors contributed to the decline of Russian power and the loss of its role as a global player.

The “wind of change” in Russia’s self-perception started to emerge in the new millennium. Vladimir Putin’s administration set a goal to rethink the role of Russia in the globalized world and to define its new positioning. However, this task cannot be accomplished in one year – not even in ten years. This is a long strategic project that should be regarded as a key national priority.

The definition of a country’s role in the global arena is linked to the existential and basic question of its identity affiliation and national ideology. After the breakdown of the Soviet Union, Russia remained ideologically ‘naked’ – the idea of the country’s mission as the Soviet Union disappeared. This left an empty space filled with typical identity questions: Are we the West or the East? What is our national ideology? Where do we want to be in 20 or 30 years?

Modern Russia sees its task in regaining importance on an international level. Realistically speaking, Russia has much less to offer the global community at this point in time. Other than oil, Russia does not export any brands that would be internationally recognized. It goes without saying that Russia is famous for its cultural heritage. However, the country cannot rely solely on the achievements of the past and perpetually exploit the symbolic capital of Tolstoy, Dostoevsky, Russian ballet, Sputnik and Gagarin. The country should also offer something relevant in the present.

Moreover, instead of increasing its soft power, Russia continues to rely too much on hard power, which helps achieve immediate results and shows the rest of the world who’s the ‘boss’ in the house. It seems that the Russian elites resurrected the idea of Moscow as the “Third Rome” – the powerful center of world politics. But is this idea still valid today?

The author strongly believes that, instead of a Third Rome – a vast empire and politically important global player, Russia should strive to become the “Second Ancient Greece” – a center of orthodox culture, science and innovation. Russia should regain its power as the cultural focal point of the pan-Slavic world and restore its geopolitical weight in the post-Soviet space.

Russia’s influence in the post-Soviet space is currently being lost, since many post-Soviet states are attracted to the union with the West. The power of attraction of such a union lies in the fact that it helps eradicate the Soviet past and replace it with a Western-oriented future, which is becoming more and more trendy because the West has a lot to offer. For example, the vague idea of becoming a member of the European Union is much more highly valued than CIS membership.

Russia still has some influence in the post-Soviet space. But instead of growing, it is declining. For the time being, Russia should forget its ambitions of becoming a global international player and initially focus on restoring its role as an opinion leader on a regional scale. This leadership should be based on cultural identity, joint history and a sharing of the symbolic capital. Russia should rethink the role of soft power and focus on its positioning as a powerful cultural center that can offer other countries appealing values together with cultural and scientific achievements.

Along with the cultural element, Russia should attempt to offer the regional post-Soviet community an attractive project that would serve as an alternative to what the EU and the West can generally offer. It could be a reconfigured CIS – but this time, instead of a Community of Independent States, it should be a union with deeper economic integration, security collaboration and cultural exchange. The role of Russia should be that of a unifying element and a proactive creator of a stable, integrated complex that would protect the national interests of Russia and other union members and secure a mighty voice for all of them in the global arena.

Olga Hauer-Tyukarkina was born in Russia in 1988. She holds a PhD in Political Studies from Moscow State University, where she currently lectures on political conflictology and public diplomacy in the Department of Political Science. She has written several articles and books in the field and is an experienced communications and PR manager.