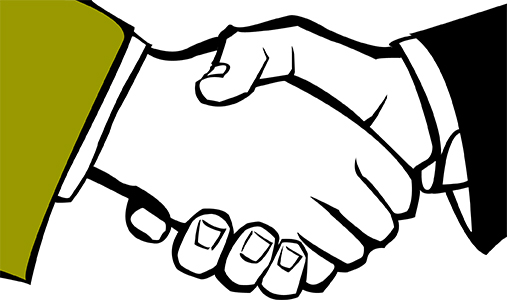 I read in the morning paper that Barack Obama and Vladimir Putin spent 90 minutes talking on the telephone about the situation in Ukraine. I wondered what that conversation was like and tried to imagine how their phone call went. Did they speak English? Probably not. More than likely they each spoke their native languages and the dialog was consecutively translated by interpreters. How did this affect the interaction between the two heads of state? Was anything lost in translation? Given the volatility of the situation in the Crimea region, I certainly hope not!

As a professional translator and copywriter working in Europe, I’m familiar with language barriers and the potentially devastating effects of miscommunication. Some bad translations are funny – like the one I recently spotted on the mirror in a hotel bathroom: “If you are no longer enjoying your towels, please throw them on the floor.” On the other hand, incorrect translations can have serious consequences in today’s globalized world.

Reading between the lines

Tone of voice is an important factor in human interaction. According to the newspaper report, President Obama issued a warning to his Russian counterpart. I wonder if that came through in the sound of his voice. Was the information perceived as a suggestion, a demand – or an ultimatum? When I listen to Putin speak in Russian, it always sounds like he’s complaining. Maybe he is! Or is that just the way I perceive his spoken language? What did Mr. Obama hear? Could he be sure that President Putin got the message?

How does tone of voice enter the picture when it comes to written information? There is no audible sound, so how are attitudes or viewpoints emphasized? Here we have to “read between the lines.” Tone of voice is expressed in the choice of words, length of sentences, writing style, idioms, etc. It can also be conveyed by using a bold font, italics, symbols or capital letters for emphasis. At the same time, it is important to keep in mind that even an inadvertently misplaced comma can have a profound effect, as explained in the book “Eats, Shoots & Leaves” by Lynne Truss.

Social and cultural factors play an important role in how information is assimilated. After all, people with different ethnic backgrounds perceive the world in very different ways. They don’t laugh at the same jokes, eat the same food, listen to the same music, enjoy the same movies, drive the same cars or share the same values. Consequently, things are not always understood in the same light. A similar disparity can sometimes be observed in two cultures sharing the same language. The hilarious sitcom Fawlty Towers, named the best British television series of all time, is practically unknown in the U.S.

Communication is key in a globalized world, and skilled translators play an important role. Professionals working in this field should be both bilingual and bicultural. They need to have comprehensive knowledge of the written and spoken forms of the source language, an excellent command of the target language, and a clear understanding of the etymological and idiomatic correlations between the two. Other essentials include knowing when to metaphrase (translate literally) and when to paraphrase (reword).

A translator’s work can be extremely complicated. Along with insight into languages and cultures, it requires a clear understanding of the specific subject matter and terminology. In some cases, this information has to be assimilated in a very short time. Developing proficiency as a translator generally requires at least ten years of experience. So it’s a serious misconception to assume that a person who is fluent in two languages is inherently capable of producing a good translation.

Machine translations (Google) are generally useless in real-world situations. That’s because translation is not a logical process. Despite the advances in the science of artificial intelligence, software developers have a long way to go. It amazes me how companies spend large sums of money on global branding, yet scrimp and save when it comes to translating essential information into foreign languages. It’s not uncommon to see corporate websites translated by unsophisticated online apps.

Translation involves choice, which inevitably leads to interpretation and requires a certain level of creativity. The translator’s role can be compared to that of a musician or actor, who interprets a composition or a character. I would take this a step further to compare a translator’s work to that of a painter. Our job is to first understand the images in the author’s mind, and then create essentially the same pictures in the mind of the reader.

Born in the U.S., Michael Hooper studied clinical psychology and worked as a psychotherapist before moving to Berlin in 1991 to join the agency Text International. As a translator and copywriter, he has adapted campaigns for Germany’s leading advertising agencies and managed projects for major industrial enterprises. www.textinternational.com