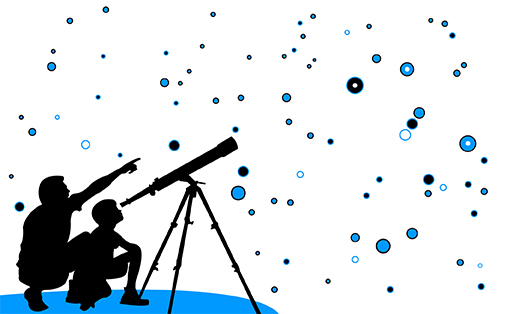 // How to Communicate about Cultural Heritage? //

“The city was desolate. No remnant of this race hangs around the ruins, with the traditions handed down from father to son and from generation to generation. It lay before us like a shattered bark in the midst of the ocean, her masts gone, her name effaced, her crew perished, and none to tell whence she came…”
John Lloyd Stephens

Written by American explorer John Lloyd Stevens in 1839 on the first sighting of the ruins of the ancient Mayan city of Copán, and after enduring an arduous jungle expedition with his British companion Frederick Catherwood, these words reflect the very essence of the mysteries mankind faces when confronted with forgotten ancient manifestations of human culture. Even after its discovery, the ancestral heritage handed down from previous generations often remains silent to us. Though the era of great discoveries elapsed long ago, the deeper human thirst for knowledge drives us to unlock the secrets of cultural heritage. Indeed, new layers of encoded information are being detected all the time – discoveries that are suggestive of seemingly endless potential.

Generations of scientists and scholars have amalgamated the insights derived from representations of cultural heritage, such as archaeological monuments and artifacts, historical buildings, and the many written documents contained in libraries and archives. Despite the achievements in valorizing and preserving mankind’s cultural heritage as much as possible, there are many characteristics of modern society, including constant population growth, the ever-increasing consumption of land and natural resources, bellicose conflicts and widespread social disparities, that threaten the integrity of this cultural heritage and, moreover, the scientific cognizance contained within it. Ancient objects are often reduced to mere decorations or acknowledged only in terms of their commercial value as a means of expressing prestige or as a simple investment opportunity. When diminished to such superficial characteristics, cultural objects are at their greatest danger. Archaeological sites are often looted to obtain these objects, resulting in irrecoverable loss of all contextual information. Returning to Stephens’ metaphor, the bark is being scrapped rather than her identity being recovered.

How can we confront these perils and secure the preservation of manifestations of human culture? Since the great wars of the 20th century, and even earlier, many countries have recognized that laws must serve as the overall protective instrument on both national and international levels. Parallel to the need to create a national identity, many young nations proclaimed exclusive sovereignty over the remains of former cultures located on their national territories. In many cases, this was a reaction to the painful experiences of incapacitation under colonial rule or imperial hegemony. In the 19th century, the world’s large occidental nations adopted a universalistic approach to manifestations of global cultures, either as deeper roots of their own cultural identity, such as the Greco-Roman legacy of the European nations, or as satellite concepts of culture arranged in a subordinated position in order to prove the supremacy of the predominant occidental culture, which can be experienced by analyzing the origins of classical universal museums.

Emancipating themselves from the western-orientated arrangement of the world’s cultural diversity, young nations in the Americas, Africa and Asia were keen to promulgate their national autonomy with respect to their cultural heritage. This was mainly done by proclaiming cultural objects as national property, prohibiting their exportation, and asserting a moral claim on the many objects of their cultures located abroad, often in the cultural institutions of their former ruling nations. To this day, such expressions of regained cultural sovereignty regularly collide with the old titles of property held by former rulers.

Even though the disputants use the language of law to state their claims, an interpretation or translation of the opposing statements often appears impossible. As a result, justice is not served to the satisfaction of both sides. The cultural heritage lawyer is thus confronted with the limitations of his profession when attempting to resolve conflicts, whose remedies are to be found beyond the laws, as they also concern questions of foreign relations and diplomacy, morality and ethics, and historical responsibility.

The following examples illustrate the specific tasks a lawyer specialized in cultural heritage law may have to undertake in the course of the resolution of a restitution dispute.

As mentioned, most source countries regard archaeological objects originating from cultures previously settled in their national territories as state property and prohibit their exportation. Based on the so-called “umbrella statutes,” whenever archaeological objects appear on the international market or in private collections, restitution claims must be initiated. On the other hand, most of the so-called “market states” do not award a special quality to archaeological objects per se and generally regard them as ordinary movable goods. Under the concept of good faith, it is therefore possible for an individual to acquire a valid title of ownership, which would hinder a source state to enforce the return of its property in other countries. In this constellation, it is the task of the cultural heritage lawyer and a team of experts, including archaeologists, historians, anthropologists, art historians or natural scientists, to investigate the specific origin of the disputed object, the circumstances of its discovery and exportation from the source country, and the corresponding facts of the importation to the country in which it is currently located. The result of such provenance research would be the crucial element to interlink both legal systems and apply elements of foreign law in the country where the object is located. If the object was stolen from a museum or a registered collection, or illicitly removed from a well-documented archaeological site, the required data may be collected with no further difficulty. Monitoring the activities of looters and antique dealers and gaining long-term strategic intelligence on the international network of illicit traffic may help to identify and confiscate objects obtained from looting activities.

However, any state – no matter how sophisticated its heritage protection authorities, criminal investigation and law enforcement forces are – will be unable to provide maximum security. Therefore, many objects originating from clandestine excavations and generally unknown to science or the public when they first appear on the market will not be traced back to their origin. Consequently, source countries will fail to produce the evidence necessary to refute the current possessor’s argument of good faith. Thus, both legal systems will remain isolated with no interface to resolve the dispute within the means of the law. Based on their respective legal fundaments, both parties claim to act with full legitimacy. Therefore, in legal terms, the cultural object itself would have a hybrid nature and the law would fail to mediate both legal positions. The cultural heritage lawyer would then have to advise the disputants to seek consensus outside of the legal framework. Patronage through donations to institutions in the countries of origin and permanent loans or agreements guaranteeing the general availability of the objects to the public, science and cultural exchange could serve as an incentive for private individuals to share their possessions without being accused of wrongdoing. Forms of private custody under public supervision could enable both sides to save face and therefore be considered as innovative approaches to resolving disputes.

Many cases of displaced cultural heritage brought to the attention of the public involve objects that have been removed from their origin long before the current claimant states existed. Famous examples include the Parthenon Marbles in London, the Mexica feathered headdress widely known as “Montezuma’s Feather Crown” in Vienna, or many other archaeological artifacts collected over the centuries and stored in large museums around the world. The occurrences of their discovery and transfer to their current location often date back to a remote past. Their history often includes legendary elements and the objects themselves have become part of the history and culture of their final destination. Are the current laws of the involved states applicable in such cases? Is a modern state entitled to reclaim objects that have been removed long before the state itself and the laws it relies on existed? What if legal remedies were prescribed a long time ago? Would the return of such objects create a new injustice? How can behavior that is considered politically incorrect or even illegal today be judged, when in former times it would have not been regarded as inappropriate? The answers to such questions are not to be found within the scope of the law. These disputes can only be resolved if both sides are willing to abandon their eccentric positions and enter into a dialogue leading to consensus. Multilateral and bilateral agreements based on political and cultural cooperation will be the only way to arrive at satisfactory solutions for both parties. However, such solutions demand flexibility and the willingness to overcome dogmas on both sides. Market countries will have to recognize that cultural heritage objects are more than just moveable goods. In particular, they will have to recognize cases in which objects removed from their original sites are so precious and crucial to a nation’s self-concept that they must be returned to their place of origin, even if the acquisition might have taken place without violating any regulation previously in force. In certain cases, source countries will have to forego their nationalistic viewpoint of being the only authority to solely possess and interpret objects of ancient cultures that existed in their national territory in ancient times.

Dealing with cultural heritage not only requires a lawyer to consider different layers of national law, but to also identify commonalities with the legislation of origin of the relevant object on an international scale. If the boundaries of national legislation cannot be transcended, the lawyer becomes a mediator of communication between the opponents. The resolution of a dispute can only be reached if it is approached with a holistic perspective that looks beyond the legal elements to also consider aspects of history, ethics, international relations and diplomacy. Thus, the cultural heritage lawyer leads a multidisciplinary team of experts to provide all relevant facts concerning the disputed object in order to set the stage for arbitration that effectively brings together the positions of both parties.

Robert Alexander Kugler is a German lawyer based in Berlin. As an expert in cultural heritage law, he advises on cases regarding the restitution of cultural objects. He also participates in multilateral negotiations concerning the development of a unified international cultural heritage protection framework.